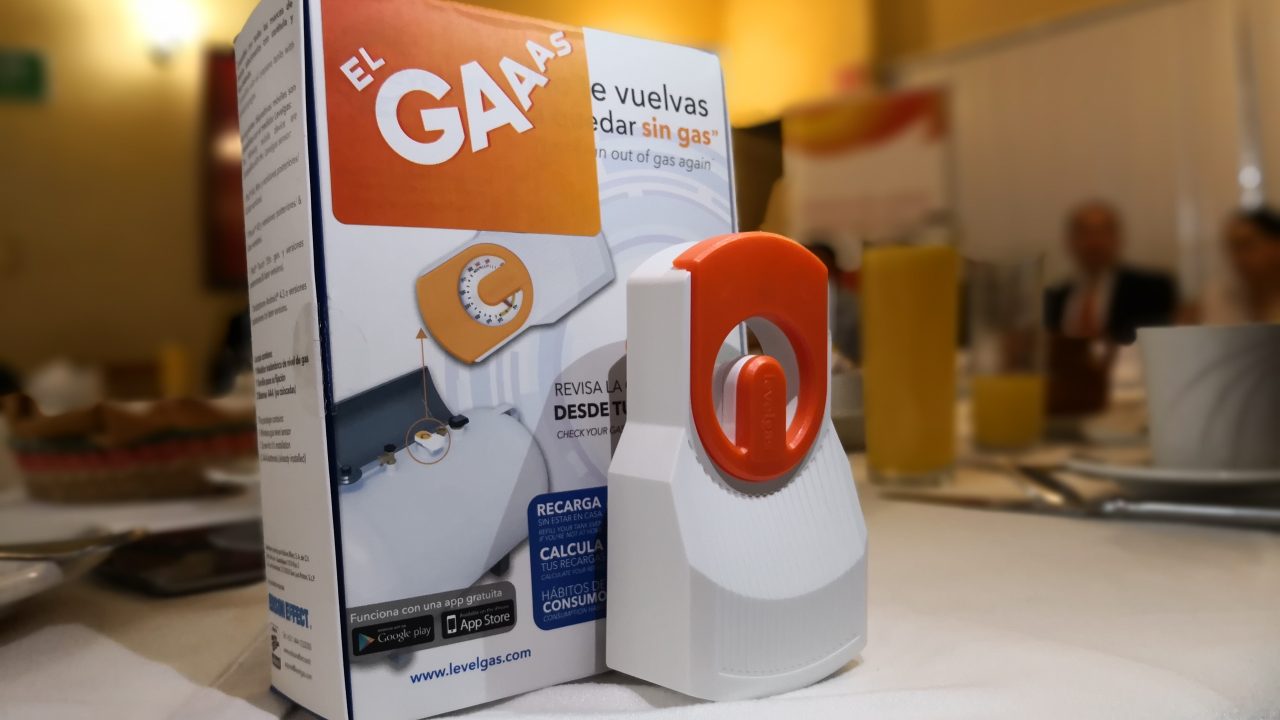 Mexico City, November 14, 2018 .- The company El Gaaas  presented yesterday in Mexico an application that will allow citizens to monitor their fuel consumption, make purchases from their smartphone, verify the exact amount of liters entering their tank , and pay by card.

El Gaas, the platform and device of Levelgas enabled by Sigfox, undoubtedly puts Mexico at the forefront of IoT’s technology worldwide revolution. After the press conference, the official launch of the app took place at night in the Museo Interactivo de INSPARK.

Pablo Lara Navarro, the general director of the company, explained how this app will empower people since this technology will give them certainty of the amount of liters they receive and consume, which will allow them to obtain savings of between 10 or 20 percent. El Gaas will change the way LP gas is marketed in Mexico.

According to him, the monitoring is done through a physical device called ‘Levelgas’ which is installed on the stationary tank. “It’s safe, no valve is manipulated, no hose,” added Lara. The application will help consumers to calculate how much they will pay per liter, and will let them know when the tank reaches 20 percent of its capacity.

This application has benefits such as debit and credit card charges, a measure that will avoid spending money with distributors. El Gaaas has two versions: one for the home and another for companies. The first one does the monitoring once a day, while the second does it 10 times daily, so the trade is able to know the daily consumption per hour and also the level of production.

Pedro Gabay, director of Edisson Effect, the company responsible for developing the technology, said that unlike other similar devices, El Gaaas works under a radio frequency platform called Sigfox, operated in Mexico by WND, which allows the connection be wireless without using Internet or Bluetooth, and that provides greater security and effective monitoring.

El Gaaas will be on sale next month in retails and department stores like Home Depot with a price of$74 USD for users and approximately $54 USD for shops. Both have a guarantee policy against malfunction and its useful life is five years. Currently, it’s been sold on the company’s website.

According to Gabay, this initial stage will cover the mayorships of Benito Juárez, Miguel Hidalgo and Álvaro Obregón. In addition, there are talks with three gas companies to provide their services from the platform.

Initially it is expected to add 1,000 users to the platform by 2019 and then to reach 5,000 from an expansion in Hidalgo, Puebla, Guadalajara and Monterrey.

News about this new device appeared in different media and news agencies such as El Economista, Notimex, La Prensa, GlobalMedia and Forbes.

Hit enter to search or ESC to close